With an EPA-estimated 41 mpg city and 39 mpg highway, the MKZ Hybrid averages a combined 40 mpg.

Unlike other carmakers, Lincoln prices the hybrid model the same as the gasoline-only model, with the same key features.

New for 2016, a button in the center console enables a selectable mode that delivers increased fuel economy.

Personalize your ownership experience with one of four themes: Modern Heritage, Center Stage, Indulgence and Oasis.

The Lincoln MKZ is designed to be the most efficient luxury vehicle in its class. It achieves best-in-class fuel economy of 41 mpg city and an unsurpassed combined 40 mpg with 39 mpg highway. You won’t find a luxury sedan anywhere that can outperform these figures. But you won’t pay a premium for the MKZ Hybrid’s impressive efficiency. Unlike other manufacturers that price their hybrids out of reach for anyone but enthusiasts with deep pockets, Lincoln keeps the price of the MKZ Hybrid right in line with a similarly equipped gasoline-only model. That means the savings begin before the first time you ever fill up the tank.

The MKZ Hybrid’s energy-saving Atkinson-cycle engine pushes its power through a 2-speed electronically controlled continuously variable transmission. The driver controls the transmission through an elegant push-button interface integrated into the left side of the dash. This system retains the simple, stylized lines of the interior without introducing a clunky, mechanical gear lever. A new addition for 2016 is the EcoSelect Mode. Push a button in the center console and the car will soften acceleration, increase regenerative braking and tone down heating and cooling to run more efficiently. 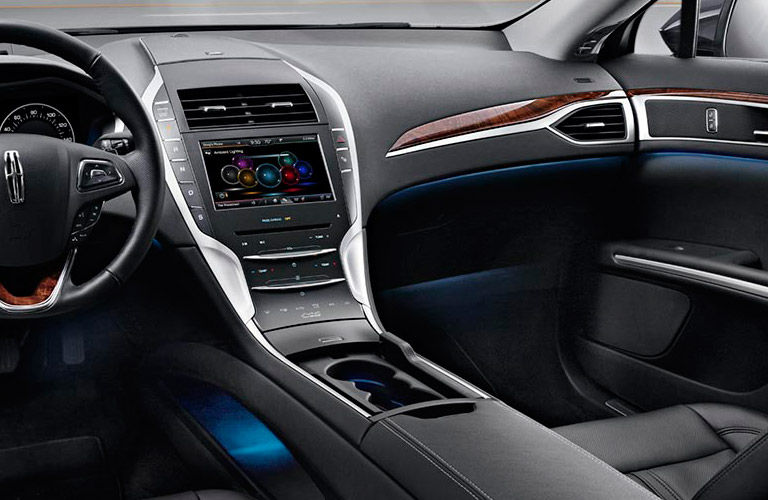 Make it uniquely yours

As with every Lincoln, the MKZ Hybrid puts the driver in control of the experience. Choose Comfort mode to smooth out the ride on bumpy roads and enjoy active noise canceling. Choose Sport mode when you want to take corners with the confidence of a European sports sedan. Lincoln Drive Control with continuously controlled damping lets you set the car to fit your mood. And you can take the customization all the way with Lincoln Black Label. Choose from one of four themes and experience the finest luxury that modern technology can offer.

Let our friendly team at Lidtke Motors in Beaver Dam introduce you to the Lincoln MKZ Hybrid and we promise you won’t be disappointed. Contact us for more information or to schedule a test drive.